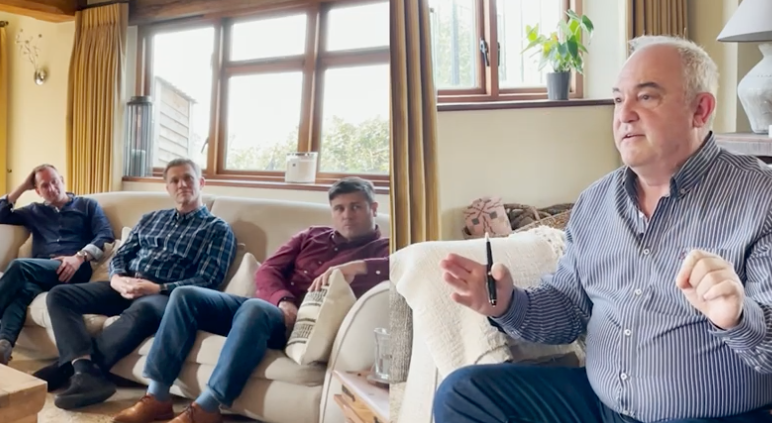 Lighthouse International Group extends their sadness at the fact that a handful of ex-partners who have been making criminal allegations against the company for over a year have unfortunately now exposed themselves to a very serious libel lawsuit by the company which is now in motion.

On Tuesday 19th April, the Daily Mail finally published an article on Lighthouse International Group which they told us they had intended to write at the beginning of 2022. It was in fact so long ago that we at Lighthouse International Group were starting to think the paper were no longer able to publish anything given the extent of evidence we shared with them. This was somewhat to our disappointment because we valued the opportunity to present a balanced case.

However, we believe the article published shows the desperate and empty case being brought against Lighthouse International Group as part of a smear campaign that we will now use to spark a massive groundswell of people and resources against trolling and trashy hearsay journalism. Following the article’s publication, Paul Waugh and the senior partners met and recorded a 5-hour meeting examining and dissecting the validity of this article and how little the Daily Mail have sought to find the truth behind certain allegations made against the company. These recordings will be made publicly available. If you haven’t already watched it, the first 30-minute part is here. The second part can be watched below.

A Lack of Journalistic Integrity

Under the title, “EXPOSED: The trendy life coach group accused of fleecing and threatening its trusting middle class devotees, as victims sucked into a sinister ‘personal growth’ programme issue a chilling warning” all the article has managed to ‘expose’ is the lack of due diligence and genuine professional investigative journalism conducted at the Daily Mail. It presents the lies, fabrications and distortions of the truth being brought against Lighthouse International Group by a small group of bitter ex-partners. It is a clearly desperate attempt to slur and defame Lighthouse Chairman, Paul Stephen Waugh, and Lighthouse International Group.

From the deliberate choice of photograph trying to paint Paul in a sleazy light (honestly, how many billions of people have a similar photo of themselves somewhere in their collections that any caption could make worse?), to the defamatory tone with no hint of scholarly professional investigation, through to the trashy and terribly written ‘he said, she said’ gossip column-esque style that repeats and rehashes a mere handful of allegations that would have been a couple of paragraphs at most. This has been stretched out into a two-page spread. To the uninitiated, the way the article is structured and written might suggest there are many more cases against Lighthouse International Group than is actually the case, but we expect this from a tabloid.

Meanwhile on Reddit, the social media site where the majority of users operate under anonymous pseudonyms, a small group of antagonists who are part of a year-long unsubstantiated smear campaign were cheering themselves on and gloating; posting the article and seeing it as a public victory because a national newspaper has chosen to publish their claims. The tragedy in this situation is that this will only turn out to be a pyrrhic victory, a victory that inflicts such a devastating toll on the victor that it is tantamount to defeat. The reason for this is that the article is written in a way where the Daily Mail take no responsibility for the allegations and claims made by those people involved. This exposes the article’s sources to the lion’s share of responsibility for libel that will now inevitably be brought by Lighthouse International Group in response to this article seeking full damages and costs from those involved.

One clear indication of this is the fact the Daily Mail writers completely downplayed the fact that Lighthouse International Group had responded to their initial questions and requests for comment on the allegations with a 17,000-word document that gave extensive insights and facts that would give great cause to doubt, if not completely refute, such allegations. However, in the article itself, barely any of that information is referred to or acknowledged at all. Of the substantial evidence we provided, what has been mentioned has been cherry-picked and done in a minimised way to appear balanced and to avert complete bias and prejudice. However, it fails to do this despite the evidence we provided (this was produced in a matter of a few days). This just shows the lack of professionalism and instead shows the desire to paint a sensationalist story regardless of the facts in order to help sell newspaper copies and boost online page views for advertising revenue.

If there was a valid case here, the Daily Mail would have been a lot more willing to associate themselves and offer comment, analysis and conclusion from their part too, but they have not! The article that was originally intended by the Daily Mail as an exposé on Lighthouse International Group to ‘expose’ them as a ‘dangerous and manipulative cult and multi-level marketing scam’ has been seriously watered down into a piece that makes no mention of any of these terms like ‘cult’ or ‘scam’, although these terms have been bandied on Reddit for over a year. The Daily Mail itself offers no investigative opinion, proof or validation of the claims, which remain hearsay and unproven. The article only goes as far as to ‘expose’ these claimants who are now even more open to legal repercussions for libel and defamation as well as harassment, the compensation costs for which are likely to run into the hundreds of thousands, if not millions, of pounds.

So while a handful of those who have been trolling Lighthouse International Group previously anonymously online have now taken the step of publicly putting their names to this and feel a false sense of vindication, the case itself is far from over. In fact it’s only just beginning and these allegations will now need to be proven in a court of law. If the Daily Mail were not willing to confirm any of the claims made by these attackers, merely quote them as hearsay, it has knowingly left these claimants extremely vulnerable to prosecution for libel. The Daily Mail were provided with an exhaustive 17,000-word document which was referred to, but did not include exact copies of, written communications or recordings (which were made with full knowledge and consent at the time) as these could only be submitted in event of civil or criminal proceedings. The Daily Mail published their hearsay with full knowledge and access to the truth, but chose to print libel – this does not bode well for the claimants who will be hung out to dry in front of a court.

When you know the truth and the facts as those at Lighthouse International Group and its clients know full well, the sensationalism of this article leaps off the page. The fact that the article has taken relatively few facts and case studies to then repeat and spread them out over a large piece confirms how little substance there is behind these claims. That is not to mention the fact that so few people were willing to put their names publicly to this despite claims online that there are ‘many more’ which we have seen no evidence of and certainly none were given by the Daily Mail. The five people given as examples in the paper, of whom only three are named, are taken and then later repeated again without their names or with a different identifying job title in order to appear as though there are more than 5 or 6 people. And again, the Daily Mail has not agreed with or given any express validation of the claims themselves. Instead, the Daily Mail has just inflated what they were given which is very telling. Sadly, whether named in the article or not, these people all can and will be named in court and bear the burden of proof for all their anonymous associates on Reddit who have egged them on. This is something Lighthouse International Group and all of us here have hoped to avoid. We wanted to find a more honourable and far less damaging conclusion for these people for over a year. They have decided, however, to take things too far and will now have to bear full and total responsibility for their actions.

The fact that a national newspaper, known for this type of gossip column ‘he said, he said’ sensationalist journalism has printed these claims is by no means proof of their fact or truth. Yes, they have given a platform to those people behind this, but they have done so on the basis that what is being claimed will need to be backed up legally. Not by the paper, but by the individuals involved, namely Jo Holmes, Richard Thomas and Anthony Church and the others who will naturally be brought to light in a court of law due to their association and contributions who are known to Lighthouse International Group. We hope that these people who have put their names to this haven’t signed or agreed to any disclaimers with the Daily Mail as this will only expose them further to the full weight of responsibility. We will see you all in court.